If I go back to the objectives set out in the last post, we are far from the result. I suspected it a little, but I would have hoped to advance a little more all the same.

One goal that was not mentioned, because it was originally planned for the end of the year, was the redesign of the website. It took me a long time, but it's online. There are still some small display defects on certain screen sizes, but this should be fixed by the end of the month. I lacked time for this part.

Several reasons pushed me to advance this overhaul of the site. One of them is that I signed up for two new Blender courses (environnement and animation) and while chatting with the community, it seemed interesting to highlight the graphical part of the universe. It's done. The illustrations, audio / video and games tabs have been created and include all 2D and 3D illustrations, animations, the musical universe of Serge Longoulet, as well as a page dedicated to visual news / games. The choice of what to display or not have been important and I hope you will be satisfied with this choices. The sections will be fed as and when they are created.

The page dedicated to the writing part has resumed its initial form and is again divided into period. This makes more sense to understand the flow of stories already published or not. I also modified the current projects page to give more projects, since I am always working on several projects at the same time. I added a contribute page. It contained a link to the tipeee, but not only. There are several ways to help spread this universe.

A page gathering Friday newsletters dedicated to explanations of the universe has been created. Only subscribers have access to it, for the moment. I am looking for a better solution to give easy access to this information. 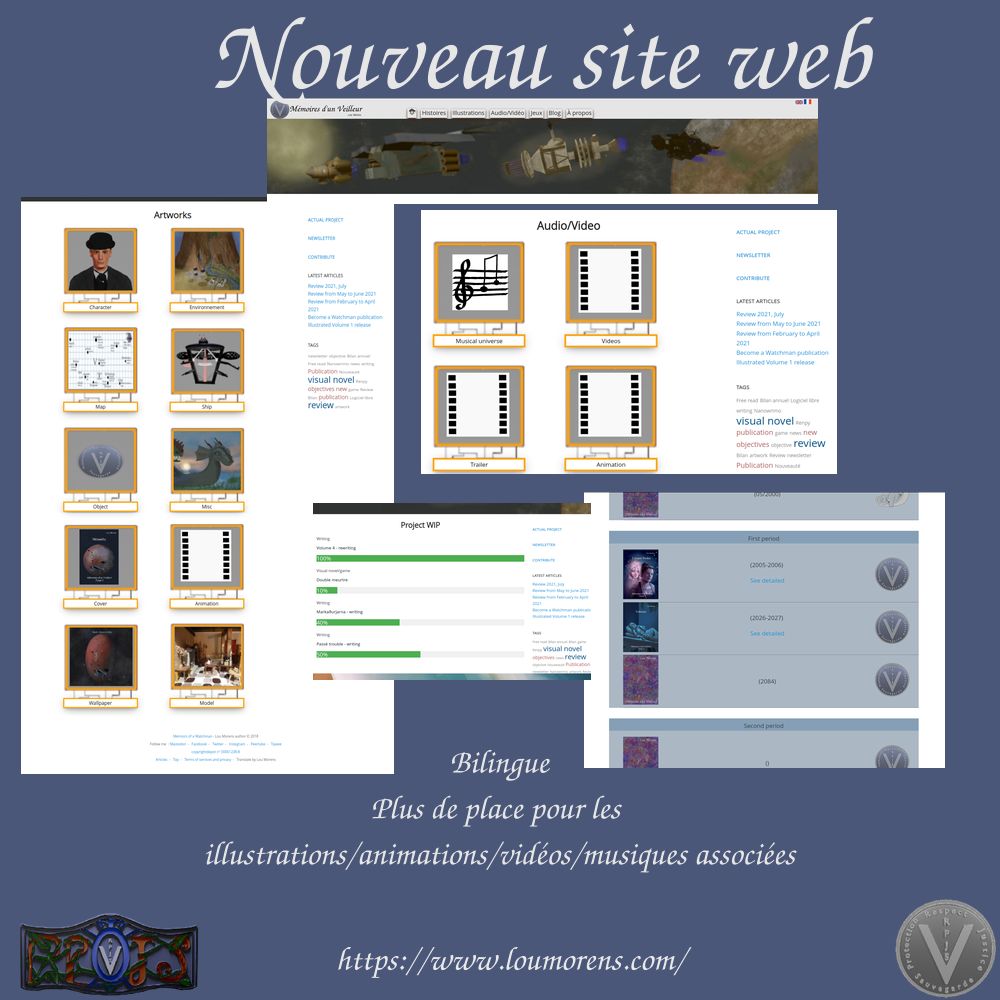 First of all, I changed PeerTube instance (This way. I have found one that suits me much better. I took advantage of the launch of the new site to update all the links to the videos.

I made good progress in the evening on the third period of the cycle. That's a good point.

On the other hand, I did not prepare the visuals for the social networks or the newsletters until the end of the year. I hope to be able to devote some time to this part at the end of September.

I'm not setting any goals for this September. I have a lot of things to sort out before I can concentrate on my activities again. I wanted to promote these from the beginning of September, but unfortunately this will not be possible until October.